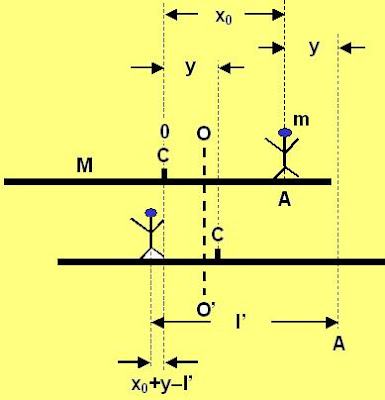 This means that the final location of the man in an absolute reference frame will be x0-l'+y as shown in the figure. The center of mass of the (raft + man) system after the man moved will then be,

b) Differentiating (1) we have,

The momentum of the raft is thus given by

. The force exerted by the man on the raft is the rate of change of momentum of the raft given by

.
Posted by Krishna Kant Chintalapudi at 9:57 AM No comments: