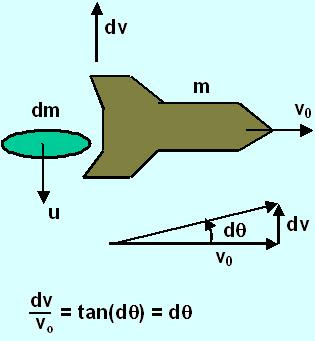 
Suppose that an infinitesimally small mass is ejected out of the rocket and as a result say the rocket acquires a velocity dv in the perpendicular direction. The equation relating dm and dv is given by equation in 1.179 i.e.