From the solution of problem 1.214 we know that the gravitational field vector inside a sphere of uniform density at a point located at radius vector r from the center of the sphere is given by, 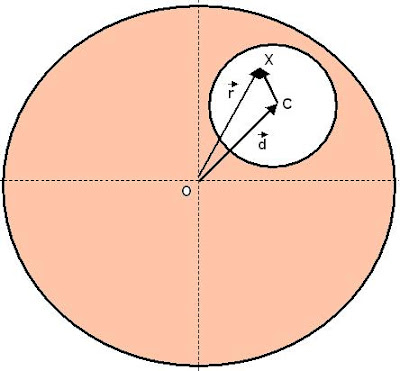 The linearity of the equation with respect to

indicates that given two or more density distributions we can simply add up the gravitational fields due to each of them to obtain the field due the sum of the densities.

In other words, we can treat the entire hollow sphere as a superposition of two spheres, one a solid sphere of density

as shown in the figure.

Consider a point X within the cavity located at r from O. The gravitational field strength at X is the sum of the fields due to the two spheres given by, 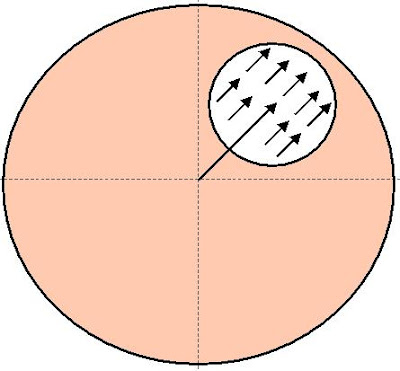 This means that the gravitational field will be constant throughout the cavity and directed along the vector d as shown in the figure beside. Since as stated in the problem |d| = l we have,

Posted by Krishna Kant Chintalapudi at 8:38 AM No comments: