. The gravitational force continues to acts radially inwards and is given by

as shown in the figure.

Now these equations are not trivial to solve. However, if the resistance due to the cosmic dust is very small in other words

is very small the satellite will descend towards the moon very slowly in almost circular orbits as shown in figure 2. 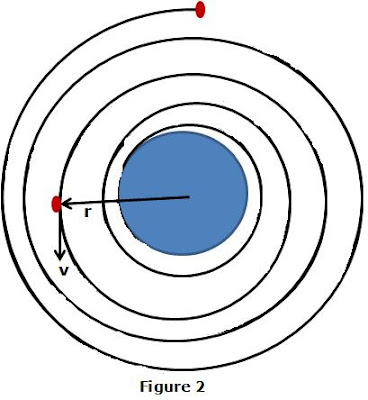 For this scenario, it is much easier to find an exact solution. Let the acceleration due to moon's gravity at the surface of the moon be g, then we have,

If the body moves is approximately a circular orbit, the resistive force due to cosmic dust will be almost perpendicular to the radius vector. So considering the forces in the radial direction we have,

At any instant of time the total energy of the satellite is given by, 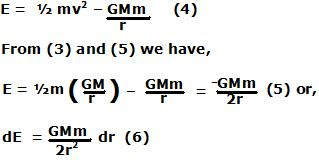 Since the entire energy lost by the satellite is due to the resistance due to cosmic dust, the work done by cosmic dust is equal to the loss of energy at any instant. So we have, 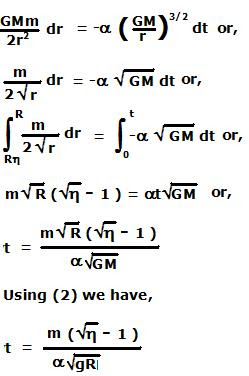