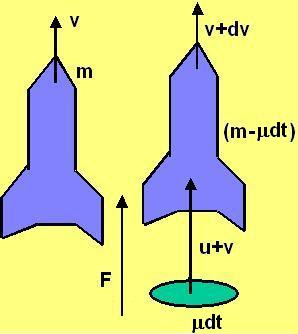 Suppose that at some instant of time the mass of the rocket was . Suppose that over the next infinitesimally small interval of time dt, fuel of mass

The change in momentum dP of the entire (rocket + fuel) system is given by, 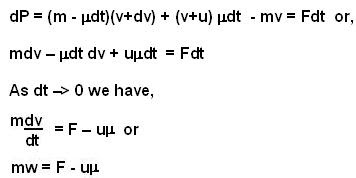