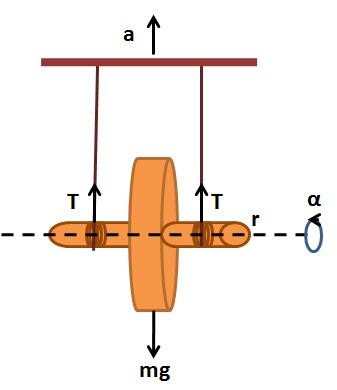 . Clearly, these two quatities are related as,

since the thread does not slip.