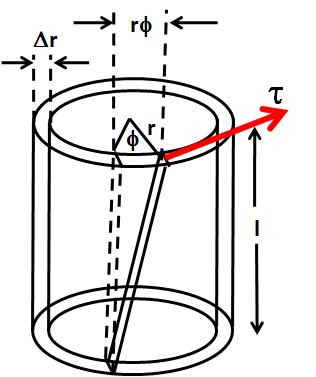 resulting in the upper surface to shift a distance of

relative to the lower surface as shown in the figure. Thus, the shear strain is given by

. This, shear strain will result in a shear stress acting tangential to the surface given by

. The net tangential force acting on the cylinder is given by the stress times the area of cross section given by,

Since this force acts at a distance r from the axis, the twisting moment is given by, 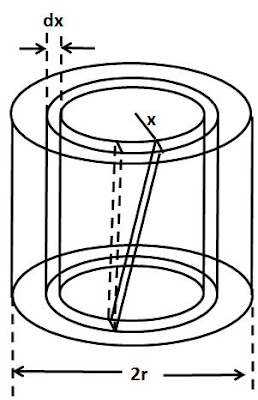 For this part consider an infinitesimally thin vertical section of the solid cylinder at a distance x from the center and of thickness dx. As solved in part a of the problem, the twisting moment acting on this section will be given by,

Posted by Krishna Kant Chintalapudi at 3:50 AM