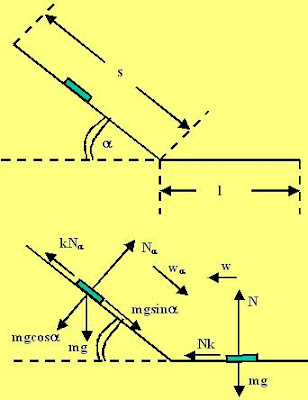 Motion down the slope: There are three forces acting on the disc along the slope, i) force of gravity mg, ii) the normal reaction

and iii) the force of friction opposing its motion

. Let the acceleration of the mass down the slope be

. Then as shown in the diagram we have,

The work done by friction along the slope is

Posted by Krishna Kant Chintalapudi at 8:19 AM