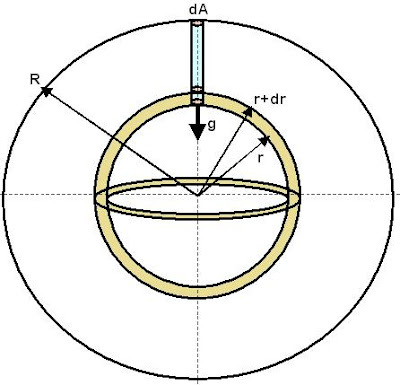 Pressure is the derivative of component of the force acting in the normal direction to a surface with respect to the surface area (dF/dA). In this problem the gravitational force
due to the mass in the sphere causes the pressure at each layer of the sphere. The closer a certain layer to the center, the higher the pressure since the column of the mass pushing this layer is larger.

In the solution to problem 1.214 we already derived the gravitational field strength in a uniform sphere at a location that is r distance from the center as, 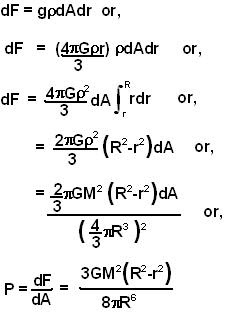