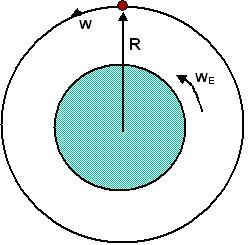 The force of gravity at the satellite is

Posted by Krishna Kant Chintalapudi at 2:08 AM