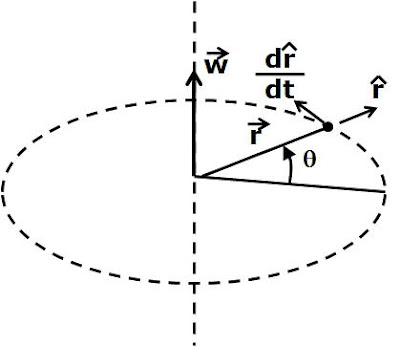 . Let the unit vector in the direction of

. Let us choose and x,y,z Cartesian coordinate system such that the z-axis aligns with the angular velocity vector and the point rotates in the x,y plane. Then we have, 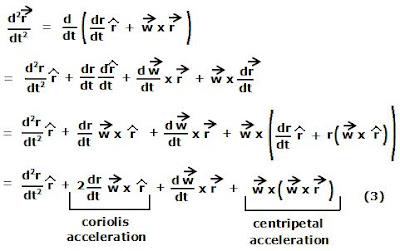 When seen from the rotating frame both these acceleration appear as pseudo forces with a negative sign. Now consider a infinitesimally small piece of the rotating body of mass dm. The centrifugal force and the Coriolis force experienced by this mass are respectively given by, 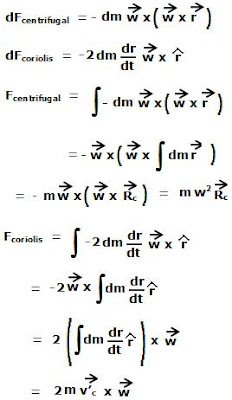 Posted by Krishna Kant Chintalapudi at 9:00 AM