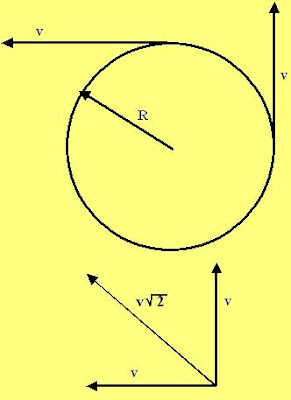 as shown in the figure. The distance traveled by the particle is one fourth of the circumference and is given by

. The time taken to travel this distance is thus,

. The force is given by,

.
Posted by Krishna Kant Chintalapudi at 7:22 AM