. The body is subject to centrifugal acceleration

of as it moves (slides) along the curvature of the sphere in a circular path. Thus we have,

As the body slides down it looses potential energy and gains speed (kinetic energy). When it is at an angle

, the mass has fallen a height of

and looses a potential energy of

. This will get converted into kinetic energy of the body, hence we have,

Now coming to the problem. The centrifugal force seen by the observer in the rotating frame is given by

Thus, the centrifugal force experienced by the mass in the rotating frame is 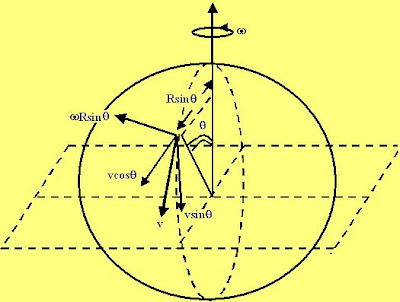 The Coriolis force is defined as

in the opposite direction). This is depicted in the picture. 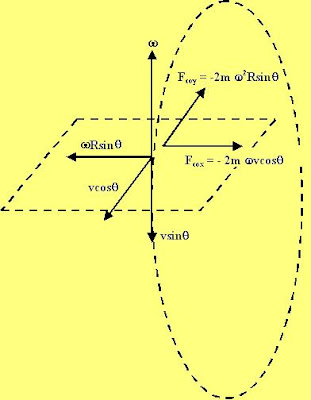 If we write the velocity vector as,

as shown in the figure beside and the angular velocity as

k then the Coriolis force can be determined as, 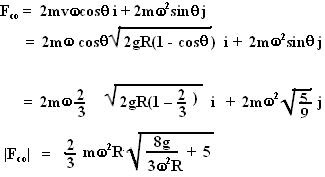 Posted by Krishna Kant Chintalapudi at 7:29 AM