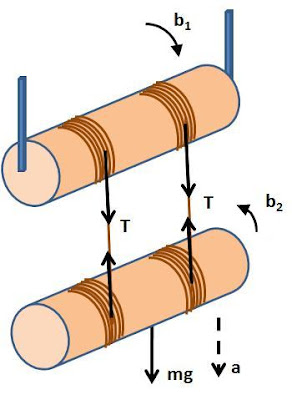 From (1) and (3) it is clear the angular accelerations of both the cylinders are the same in magintude, in other words, 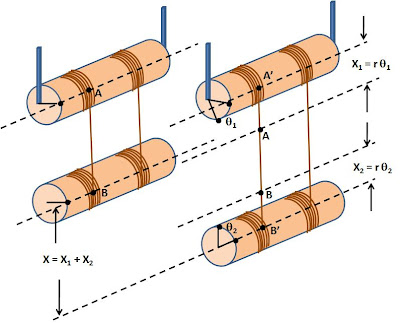 , thread of length of

is unwrapped from the fixed cylinder and so the point A descends by this length. Similarly when the free cylinder spins an angle

is unwrapped from the free cylinder. So the total length of string unwrapped is

. The the total distance that the free cylinder descends is equal to the total length of thread unwrapped and is given by,

Differentiating (5) twice with respect to time we have,

the sign of rotation b2 should be in opposite direction i.e. in anticlockwise direction.

thanks for pointing out, i have corrected the direction in the picture

thanks, I have corrected the typo