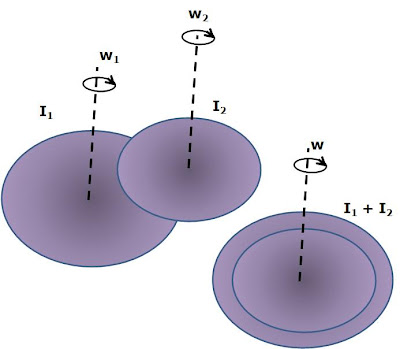 As soon as the discs are put on each other, friction forces start to act between them to eliminate their relative motion. These friction forces generate equal and opposite torques on the two discs. This will decelerate one of the discs and accelerate the other until both spin at the same angular velocity and there is not relative motion between them.

Posted by Krishna Kant Chintalapudi at 10:37 AM