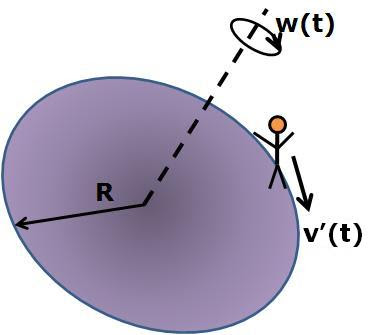 (see the list of moment of inertias). Since, net angular velocity of the (man + disc) system must be zero we have,

The angle turned can be found by integrating w(t) over time as,

b) As the man walks he imparts force on the disc and turns it around. We know that,

Posted by Krishna Kant Chintalapudi at 7:56 AM