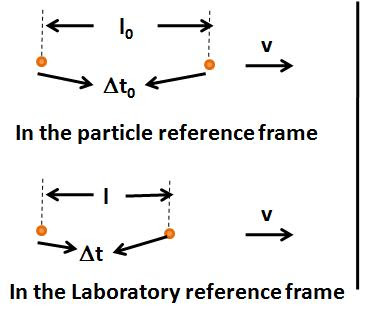 , the same however, when measured in the reference frame fixed to the particles will be a lesser (since time is slower) given by

Solution to the Problem in Reference Frame of the Particles:

In the reference frame of the particles we have,

Solution to the Problem in the Laboratory Reference Frame :

Posted by Krishna Kant Chintalapudi at 9:03 AM