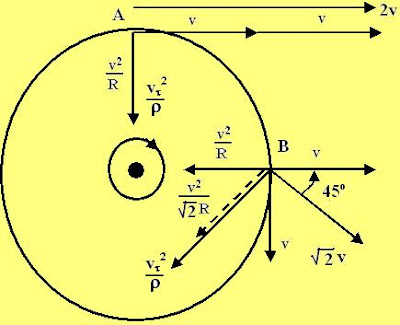 We can solve this problem in two ways, completely mathematically or with our knowledge of centripetal acceleration.

Solution with the knowledge of centripetal acceleration: We know from previous problems that the radial acceleration experienced by points A and B will be

(see problem 1.52 for a better explanation). Here, v is the linear velocity of the cylinder (velocity of the axis passing through its center) as it rolls. We, however also know that the radial acceleration of a point must be equal

For A, as seen from the figure, 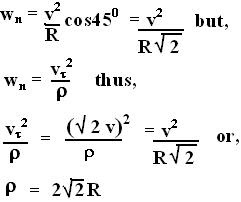 Solution based on purely mathematical treatment:
We know that the radius of curvature is given by, here x' and x'' represent the first and second derivatives with respect to time and the same for y.

(why? see here for the explanation).


(a) Based on the figure we know that, 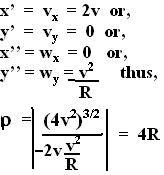 (b) Similarly using the figure we can write, 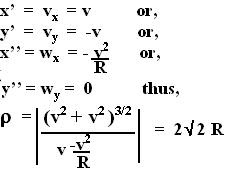 Of course using the formula seems simpler, but I wanted show how we can use both the concepts.
Posted by Krishna Kant Chintalapudi at 5:25 AM