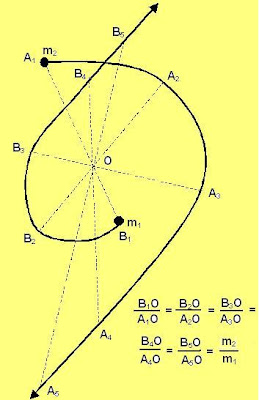 The above equation indicates that if we drew a line segment connecting the two masses at any time the line segment will be divided in the ratio of the inverse of the masses as shown in the figure.
Posted by Krishna Kant Chintalapudi at 7:40 AM